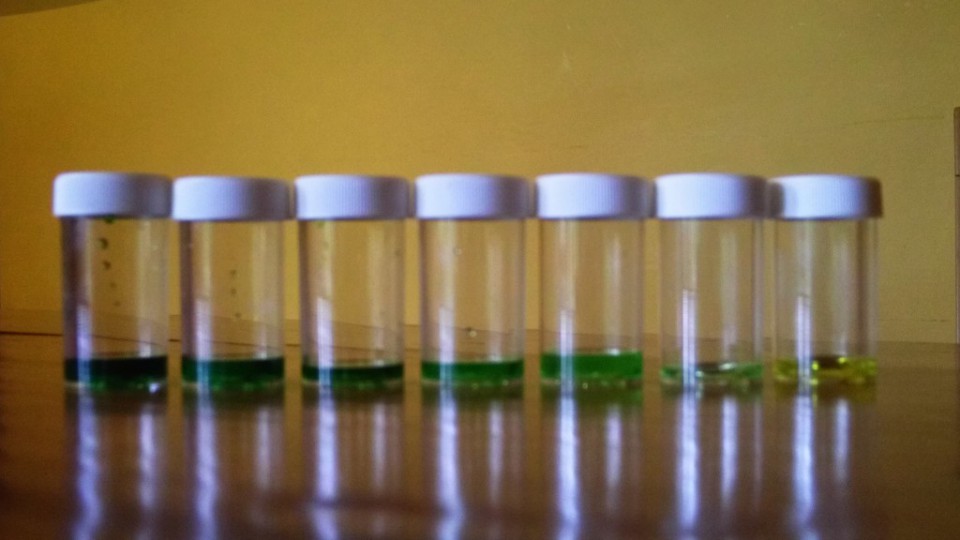 By Lachlan:
Today, I went to the first day of the CSIRO boot camp, in North Ryde, Sydney. It was chemistry day and after completing the compulsory ‘icebreaker’ activities, the instructors, Mitch, Ella and Ollie, gave an introduction to spectroscopy. Spectroscopy is a technique of identifying elements within compounds. Special glasses were handed around so the group could gaze at different elements in everyday objects e.g. ceiling lights, glow sticks. The glasses allowed us to identify different elements such as magnesium, argon and neon as each of these has a unique spectra.
Afterwards, my group used a piece of equipment to identify an unknown amount of lead in a sample of water. We accomplished this by using spectroscopy. We compared the unknown sample against a selection of known samples to find the amount of lead (mg/L) was in the water.
Next, we learned about chromatography, which is a method of separation. It was demonstrated by drawing a line on filter paper with a coloured texta, placing the paper in water and noting how the ink was absorbed along the paper. Some colours absorbed quicker than others and so were separated. When we used ethanol in place of water the results were remarkably different.
We also used chromatography to separate green food dye. The picture shows the colours extracted from green food dye when using column chromatography techniques.
After lunch, the group I was in visited Dr Attila Tottszer who uses similar techniques everyday in his work place. He showed us the various machines used to separate liquid and gas particles to identify traces of dangerous substances and the concentration of them.
Finally, we briefly looked at different types of chemical reactions. Afterwards, we made various cosmetics, such as hair gel, lip balm/gloss, bath salts etc.
It was a great day and I look forward to tomorrow.