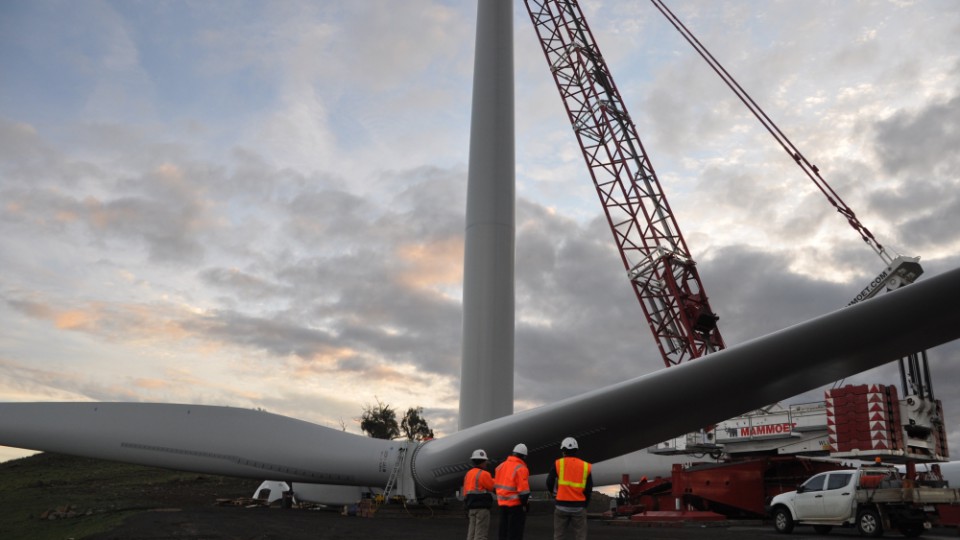 By Lachlan Sims:
On the 29th of November, Mum and I were going to Canberra, and along the way we stopped at Nimmitabel to see the Boco Rock Wind Farm. We went for the open day – which was held to gain exposure for the farm and also combat negative beliefs about wind turbines – and there was a free guided bus tour around the location. Mum and I went on the tour and headed towards the forty third (there are 67) wind turbine. The wind turbines were designed in America, constructed in China and Thailand and then shipped to Eden where they were taken by truck to the location. One wind turbine stands at 130 meters (from the ground to the tip of the blade) and we were allowed to enter the turbine and look around. It would have been a monumental construction effort, since the 67 turbines required 280 square meters of concrete, which is about 50 truck loads. But, before they laid the cement, they had to establish 45km of internal roads to connect the turbines. A single blade weighs 9 tonnes and they completed the whole project in just two years! It was actually very interesting and I learnt a lot of facts about wind turbines. There were also a lot of free stuff like drink bottles, food, frisbees, bags and more. It was two hours of my life well spent.